April’s book pick was The Missing Sister by Elle Marr. Brought by Jennifer

In Paris, her twin sister has vanished, leaving behind three chilling words: Trust no one.

Shayna Darby is finally coming to terms with her parents’ deaths when she’s delivered another blow. The body of her estranged twin sister, Angela—the possible victim of a serial killer—has been pulled from the Seine. Putting what’s left of her life on hold, Shayna heads to Paris. But while cleaning out Angela’s apartment, Shayna makes a startling discovery: a coded message meant for her alone…

Alive. Trust no one.

Taking the warning to heart, Shayna maintains the lie. She makes a positive ID on the remains and works to find out where—and why—her missing sister is hiding. Shayna retraces her sister’s footsteps, and they lead her down into Paris’s underbelly. 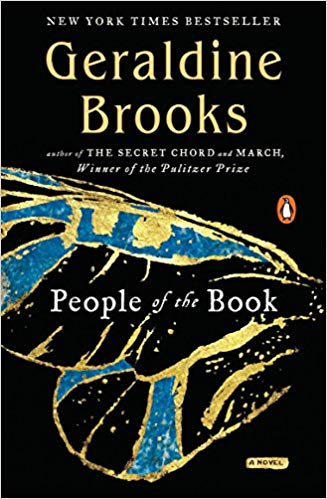 People of the Book By Geraldine Brooks