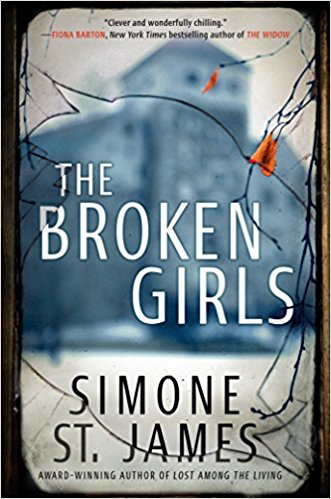 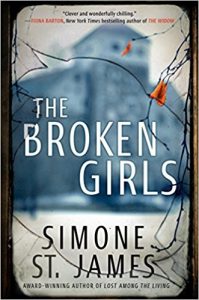 For the month of June we read the book The Broken Girls by Simone st. James.

WOW! We all want to thank Megan for bringing this book as one of her picks… and we want to thank ourselves for voting for this book to be the book of the month. For those of you who have not read this book- here is the synopsis:

“Vermont, 1950. There’s a place for the girls whom no one wants—the troublemakers, the illegitimate, the too smart for their own good. It’s called Idlewild Hall. And in the small town where it’s located, there are rumors that the boarding school is haunted. Four roommates bond over their whispered fears, their budding friendship blossoming—until one of them mysteriously disappears…

Vermont, 2014. As much as she’s tried, journalist Fiona Sheridan cannot stop revisiting the events surrounding her older sister’s death. Twenty years ago, her body was found lying in the overgrown fields near the ruins of Idlewild Hall. And though her sister’s boyfriend was tried and convicted of murder, Fiona can’t shake the suspicion that something was never right about the case.

When Fiona discovers that Idlewild Hall is being restored by an anonymous benefactor, she decides to write a story about it. But a shocking discovery during the renovations will link the loss of her sister to secrets that were meant to stay hidden in the past—and a voice that won’t be silenced…”

This creepy tale will have you hooked in a few chapters. The way the author builds and connects the stories that take place in 1950, 1994 and 2014 will bring a chill to you. Making this book a perfect beach read! As the characters evolve and the story lines deepen, you are left wondering what is going to happen. Even myself, who typically can spot an ending, was left in the shadows, trying to figure everything out.

I have already lent this book to a couple of friends and have passed along the name of this book to many more. This story is an easy read, with deep intertwining stories that will leave you reaching for a blanket to stop the chills.